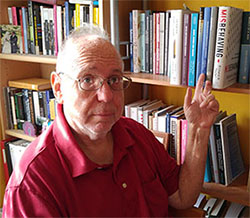 The Journal of the Society for the Advancement of Behavioral Economics (SABE). Learn more about the journal.

Routledge hardcover books range in size from 60,000 to 130,000 words, and includes research monographs, edited volumes, conference or workshop volumes, and Ph.D. dissertations conversions. Routledge Focus are 20,000 to 40,000 word books. They include extended essays, expanded case studies, and in general books longer than a single research paper but shorter than a standard book. Both the hardcover and Focus books are also published in paperback format 18 to 24 months after the initial publication date. Topics, regardless of book format, can be anything in the field of behavioral economics. Topics can come from some of the major public policy issues including health care,  education, poverty, income and/or wealth distribution, productivity, macro stability, and immigration, the contributions to behavioral economics of individual scholars. As a behavioral economist your research agenda is a topic of interest to Routledge. If you are interested then send me abstract of 1,000 or less and a copy of your CV to Roger Frantz , editor, at [email protected].

Economics has been known as being very logical, using deductive logic and mathematics in order to predict human behavior in an economic setting. But at the same time it seemed very unrealistic, describing the behavior of homo economicus, the completely rational “person,” a.k.a., an ECON. Economists began changing their minds about basing economics on an ECON in the 1950’s. However, it was in the mid 1970 that two psychologists, Daniel Kahneman and Amos Tversky changed the course of economics with their research on human errors and biases in decision making. Daniel Kahneman won the Nobel Prize in Economics in 2002, as did the “father” of behavioral economics Richard Thaler (2017). What these and others have done is begin to integrate concepts from the fields of psychology, sociology, neuroscience, finance, and management into economic theories and models. The result is that economics better understand human behavior, and it is more fun!

Behavioral Economics class will discuss some of the changes which have occurred in economics as a result of this integration. Differences between ECONS and HUMANS will be a topic appearing in our discussions again and again.

By the end of the course students will be able to:
[1] Summarize the contributions to behavioral economics from Adam Smith through Frederick Hayek and Frederick von Mises.
[2] Compare and contrast ECONS and HUMANS.
[3] Illustrate how production, cost, and welfare theories made HUMANS unnecessary in economics.
[4] Profile the work of Daniel Kahneman and Richard Thaler which led to their winning the Nobel prize in Economics.
[5] Appraise the importance of the Codex.
[6] Discuss the benefits and costs of nudging?

Three midterms and 1 optional comprehensive Final. I will count the highest 3scores. If you miss a midterm exam, for whatever reason, or want to improve your scores then you would take the Final. If you are happy with your class grade after the 3rd midterm then you need not take the Final. The exams will include multiple choice, multiple answer, short answer, maybe longer essay questions, and whatever else seems relevant. Each is worth 100 points.

Multiple choice, multiple answer, T/F. You will have 2 or 3 days to complete the quiz after it goes on-line. Each is worth 10 points. I will count your 10 highest scores, making the total 100 points. I will explain the details during the first day of class.

100 points. Based on the Cognitive Bias Codex. You need to view the codex on-line where it will be easier to read. Choose any 12 cognitive biases. Write about 1 page (double-spaced 12 point font) on each of the 12 Rules. What is the rule, what is its importance, what evidence indicates its existence?  Due approximately the 14th week of class.

Based on total points evaluated by the curve for each exam, on-line quizzes, and paper.